The De Vleeshal Building is one of the most interesting buildings in Haarlem Holland and a good example of Dutch Renaissance architecture.

Situated on Haarlem's main square (Grote Markt), the building was once a hall where meat was bought and sold.  Today it houses the De Hallen Museum and the Archaeological Museum. 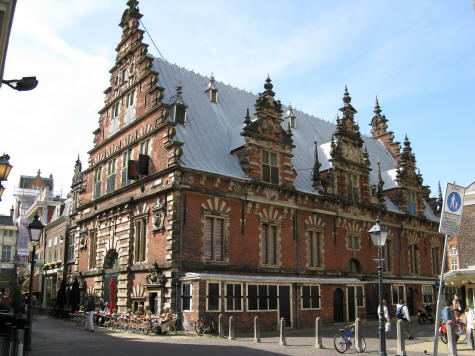 The De Vleeshal Building was built from 1602 until 1604 and is one of the top tourist attractions in Haarlem Netherlands.