One of the most unique buildings to be found in Haarlem Holland is called the Domed Prison (Koepelgevangenis).

Completed in 1901, the building was designed in a style called "Panopticon". 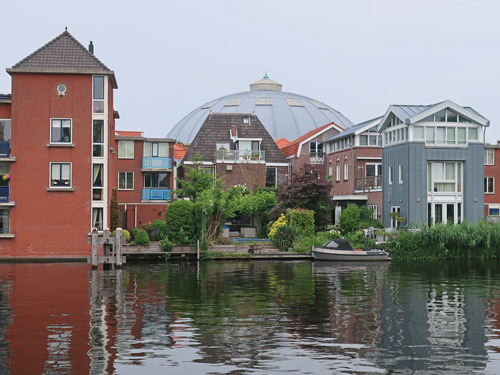 Although the building is no longer used as a prison, it has been temporarily used to house asylum seekers.