The bicycle plays an important role in the lives of Dutch people.  Due to high fuel costs, limited parking places and a high density population, bicycles are used by all ages and by all income groups in the Netherlands.  Cycling is encouraged by all levels of government.

Safe and separate bike paths and bike lanes can be found throughout the country and Haarlem Holland is an especially bike-friendly community. 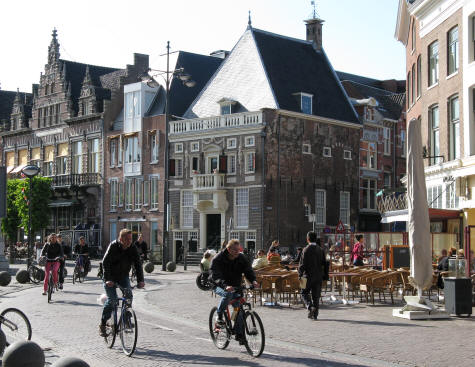 Visitors can rent bikes at one of several bike rental shops in Haarlem Holland.

A particularly pleasant bike trip from Haarlem is a ride to the Dutch coast (i.e. North Sea).