Originally constructed in 1839 to carry passengers between Haarlem and Amsterdam, the station was rebuilt in 1905-1908. 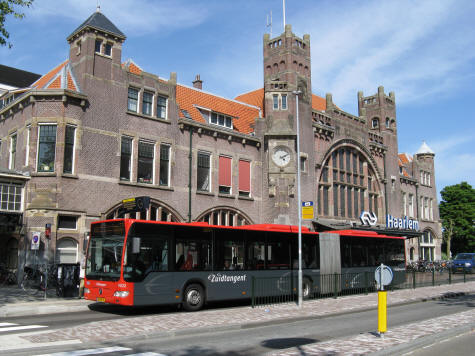 Today, 6 trains per hour run from Haarlem to Amsterdam in the Netherlands.  Travel time is approximately 20 minutes.